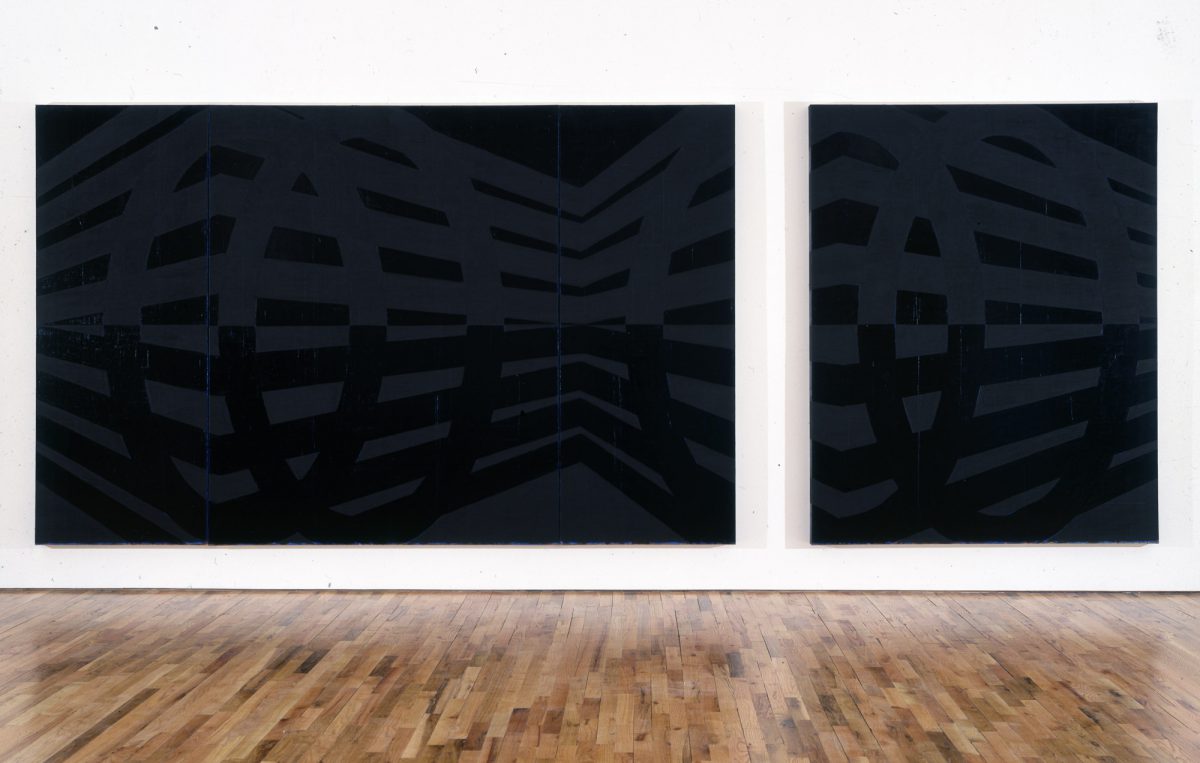 David Row’s paintings render space as an infinite field of patterned, geometrically stationed bands, which create a rotating architectonic environment. The gazing viewer is surrounded in a romantic illusion of deep space. It’s a more technological space than Goodwin’s, and seems to define itself with the overall, flattening, curvilinear grids of age-old weavings, as well as computer-gen- erated charts and TV test patterns. As most of the work in the exhibition at John Good (March 11 — April 8) were monochromatic, the matte vs. glossy, warm vs. cool dichotomies elevated the works’ intent to a purely spatial, luminously volumetric stance. This illusionistic stance is scarred by the color-laden underpainting visible in scratches across the surface and at the canvas-edge. These brilliant edges and hints of color made visible by the scraping and troweling of the outer skin of paint are the expressionist roots of Row’s tamed and ordered formalist enterprise. His spaces expand outward as much as they contract toward a gravitational center, echoing the rotundity of planet earth’s form and its longitudinal/latitudinal dissecting grid. His work pits one set of contradictions against another, and the constant conflict gives the work a moody resonance. Light and air are implied throughout the tactile surfaces, which center as much as they fragment.