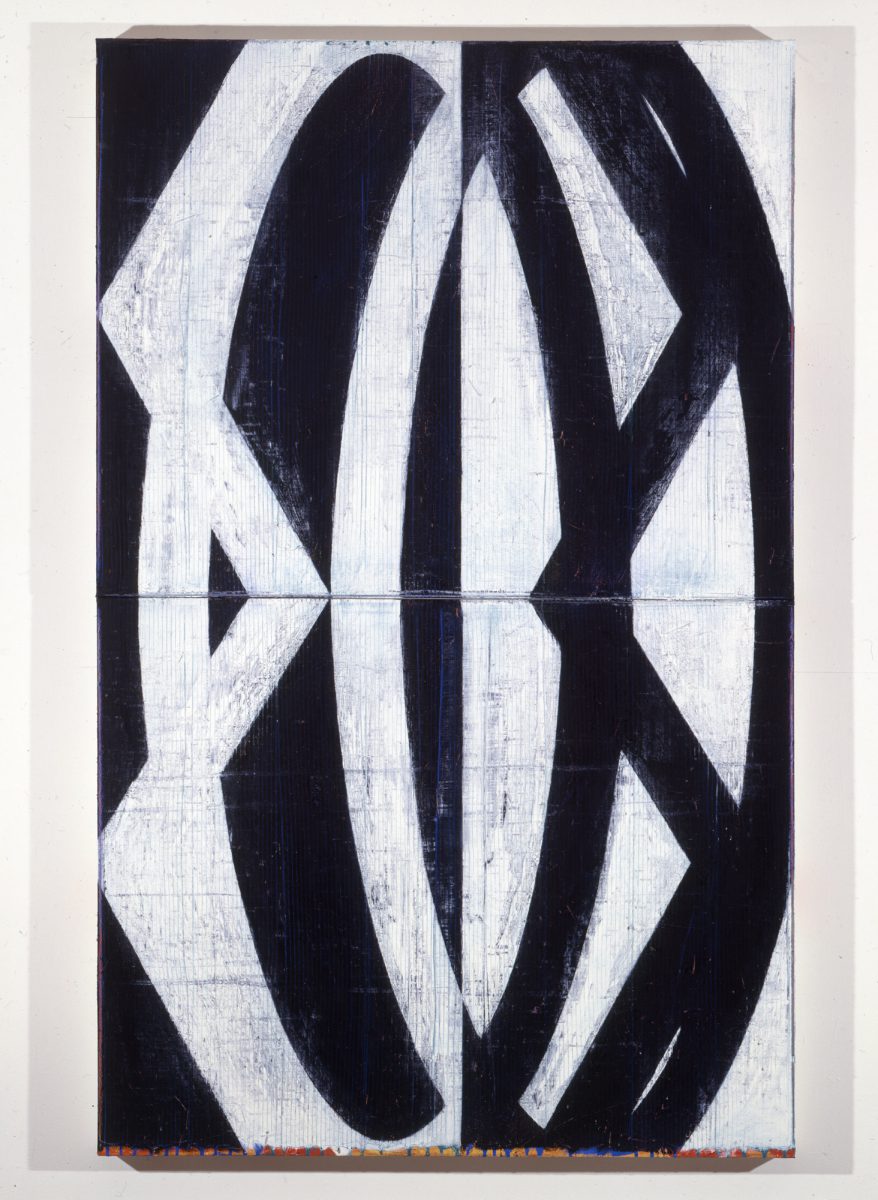 The painting of David Row refers to a tradition of the romantic sublime which is confounded by a geometric scrim of cool reason. In a show of recent paintings at John Good. Row repeated a minimalist motif of ovoid shapes juxtaposed with vertical bands of parallelograms.

Each painting was a virtual encyclopedia of empirical contradictions. Working primarily in black and white over a blue or red ground. Row mixes beeswax with his pigment. which lends a sensuous chiaroscuro to the picture plane. In some places he rakes a series of lines down the surface. exposing a sky-blue underskin.

Row’s work is at once minimal and romantic, self-doubting and courageous. conceptual and sensuous—implying a heady (if occasionally precious) consciousness of craft. This last characteristic is most apparent in Row’s refusal to pull the pigment flush with the picture’s bottom edge. where the canvas remains exposed as a testament to its material density. By virtue of such tactics, Row can be seen as one of the “New Romantics” here who play off notions of the sublime with ideas gained from a more recent, sceptical heritage stretching from Minimalism to Simulationism. One might say that Row confounds the existential longing of Ross Bleckner with the stoic materialism of Robert Ryman.

As a matter of fact, a painting by David Row is a perfect conundrum of the present. For New York is currently infused with the notion that painting is not whole until it strikes a conceptual balance between tactics of illusion and techniques of frank craftsmanship. The new sensibility recognizes how painting is a troubled language, met everywhere by scepticism and disbelief, which nevertheless quotes organic principles of cultural renewal. Hardly limited to these shores, this aesthetic is suggested by the work of such stylistically diverse painters as Domenicho Bianchi, Victoria Civera and Sigmar Polke—all of whom showed recent work here last spring.