back
Palettes Full of Ideas About What Painting Should Be
November 1, 1996
by Roberta Smith
The New York Times
download PDF
view original link 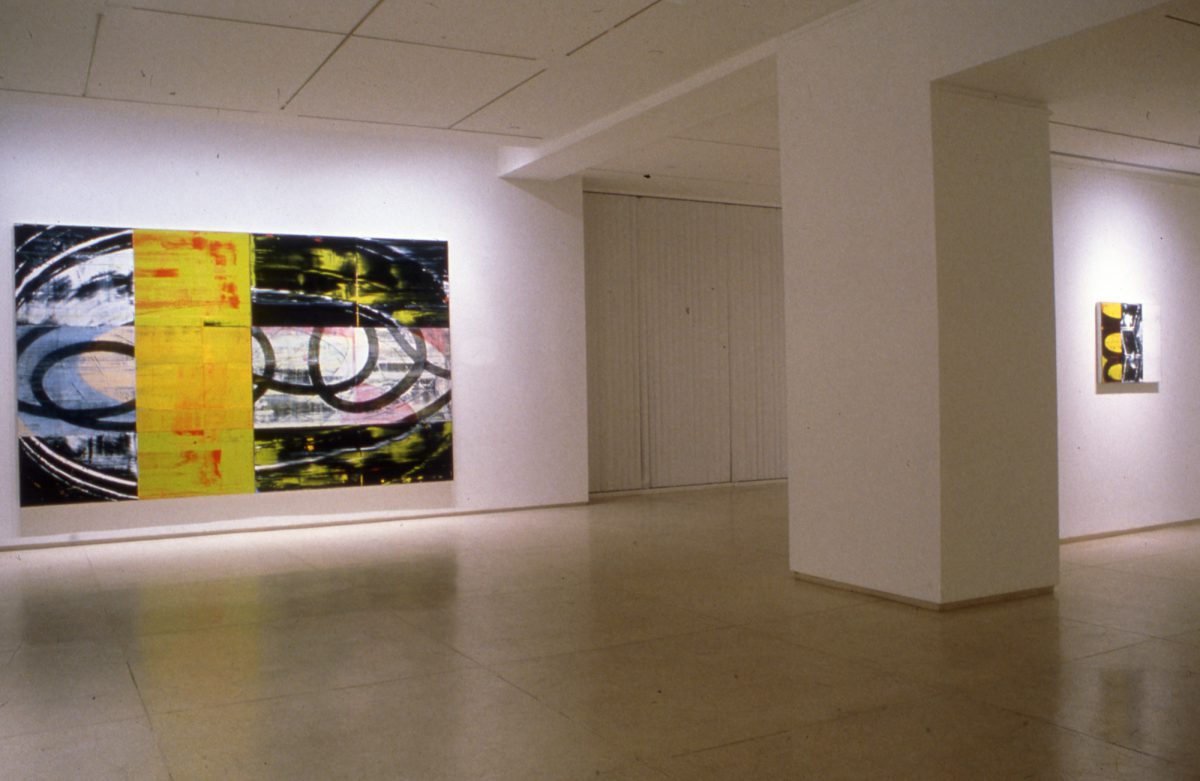 New York City has many things in quantity, and one is surely painting. Moving through its many museums and galleries, you can encounter works by masters long dead and living. You can see brand new works by young unknowns and those of painters who have toiled for years in relative obscurity. They all conspire to make New York one of the world’s great centers of painting, and of the debate about painting. For every painting is, among other things, an argument about what painting should be.

At the moment, painting is especially visible, even by New York standards, so the debate is unusually pitched, almost an esthetic war zone. Most prominent, of course, are the major museum retrospectives that bring two of the medium’s elder statesmen head to head: Jasper Johns’s brooding ambiguities of image and surface, at the Museum of Modern Art, are locked in spirited exchange with Ellsworth Kelly’s sometimes dazzling purities of form and color at the Solomon R. Guggenheim Museum.

Other participants in the debate in Manhattan range from Lucian Freud at Aquavella to Gerhard Richter at Marian Goodman and Eric Fischl at Mary Boone. And, from beyond the grave, from Max Beckmann at the SoHo Guggenheim to Jean-Michel Basquiat at Tony Shafrazi, with Philip Guston at David McKee and Edwin Dickinson at Tibor de Nagy falling somewhere between.

And this is only the top layer. All over town, younger or less well known painters are putting forth their best arguments in the form of painting shows, and it’s great fun to get caught in the crossfire. Here is a sampling of those exhibitions.

A few floors up from the Fishman show, David Row operates on the assumption that the future of painting is formalist. His big, handsome works at Andre Emmerich/Sotheby’s, as the gallery is now called, layer together complex processes (including templates, screen printing and Richter-like blurs) with an imagery that centers on repeating open ellipses. Across separate panels and multicolored grids, and in lively contrasting colors, these ellipses disintegrate into coiled lines and then big flamelike strokes, with a centrifugal energy that can seem cinematic.

One problem is that the paintings are far too similar, suggesting a carefully evolved process that has gone into overproduction. The sameness from painting to painting underscores another problem, which is that Mr. Row’s mysterious processes and layerings are more interesting than the results.