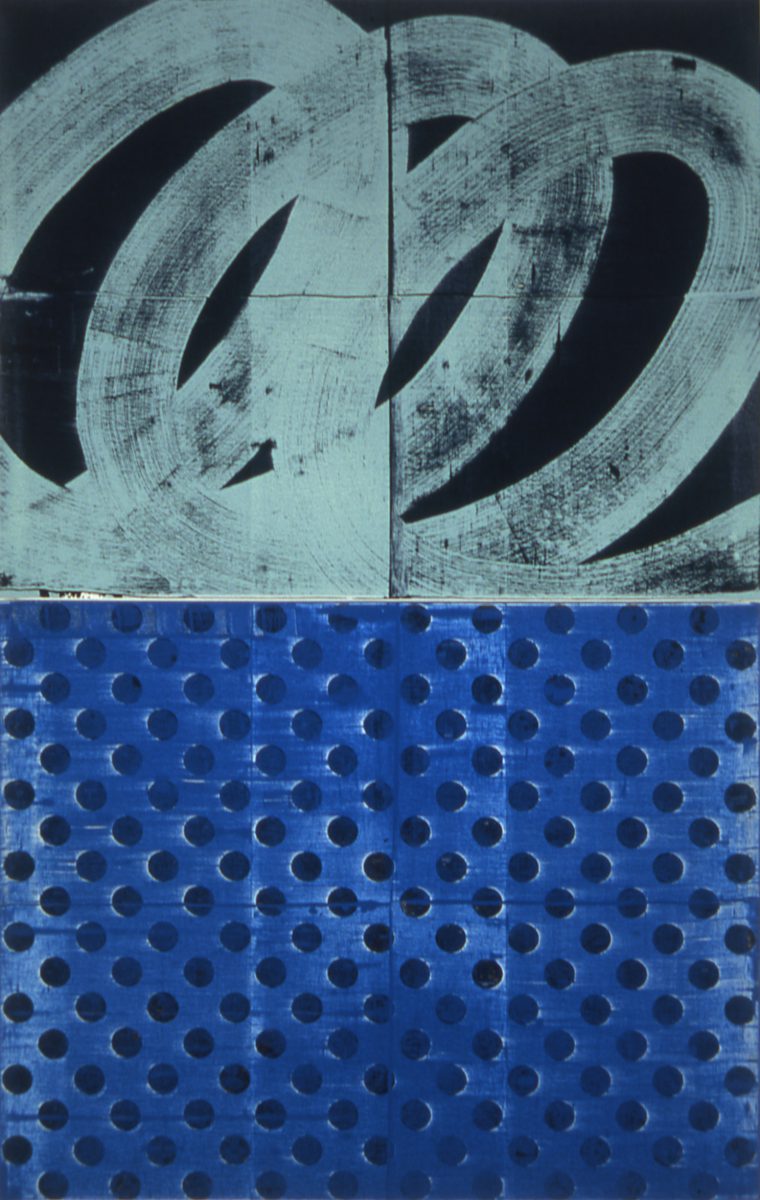 In his latest exhibition, Sensory Information, David Row showed that even the most committed painter can explore the contemporary territory of technology with elegant, if complicated, results. Like much of Row’s recent work, the ten small paintings in this show played with notions of order and chaos. With their arcs and ellipses, the works demonstrated a clear interest in the geometry and mathematics of line and shape. At the same time, his forms were sinuous and organic, inextricably linked to the profundities of their medium. The curved lines consistently abutted the edges of the canvas as if their trajectory were dictated by how they hit the painting’s peripheries. Row’s use of color also belied any notion of a simple geometry, and the acid colors—orangy peach with watered-down yellow, kinetic blues, and greens—reflected a love of the transformative properties of paint. While this exhibition made clear Row’s devotion to painting, it also demonstrated his own susceptibility to the pervasive technological enthusiasm that has swept the art world. Row dealt with this issue in three large paintings in the front gallery and even more overtly in a wall projection in the back. Row’s typical thick, curving lines dominated the cops of the paintings. The lower portions, however, were composed of an  ordered series of circles, as if Row’s ellipses and curves had finally been corralled. The regularity suggested an ordering system that could be purely mathematical, but that also hinted at the technological—either as a low-tech industrial assembly line of dots or a high-tech computer-generated matrix display. The wall projection Tutus) Years/Two Minutes (2001) in the back room appeared more like an obligatory foray into the world of video and film. In this piece, the art was mediated by its technological apparatus, thereby losing the compelling immediacy of Row’s paintings. When technology alone does all the telling, it is a piece of equipment doing its job rather than a human being making sense of our biological and technological chaos.