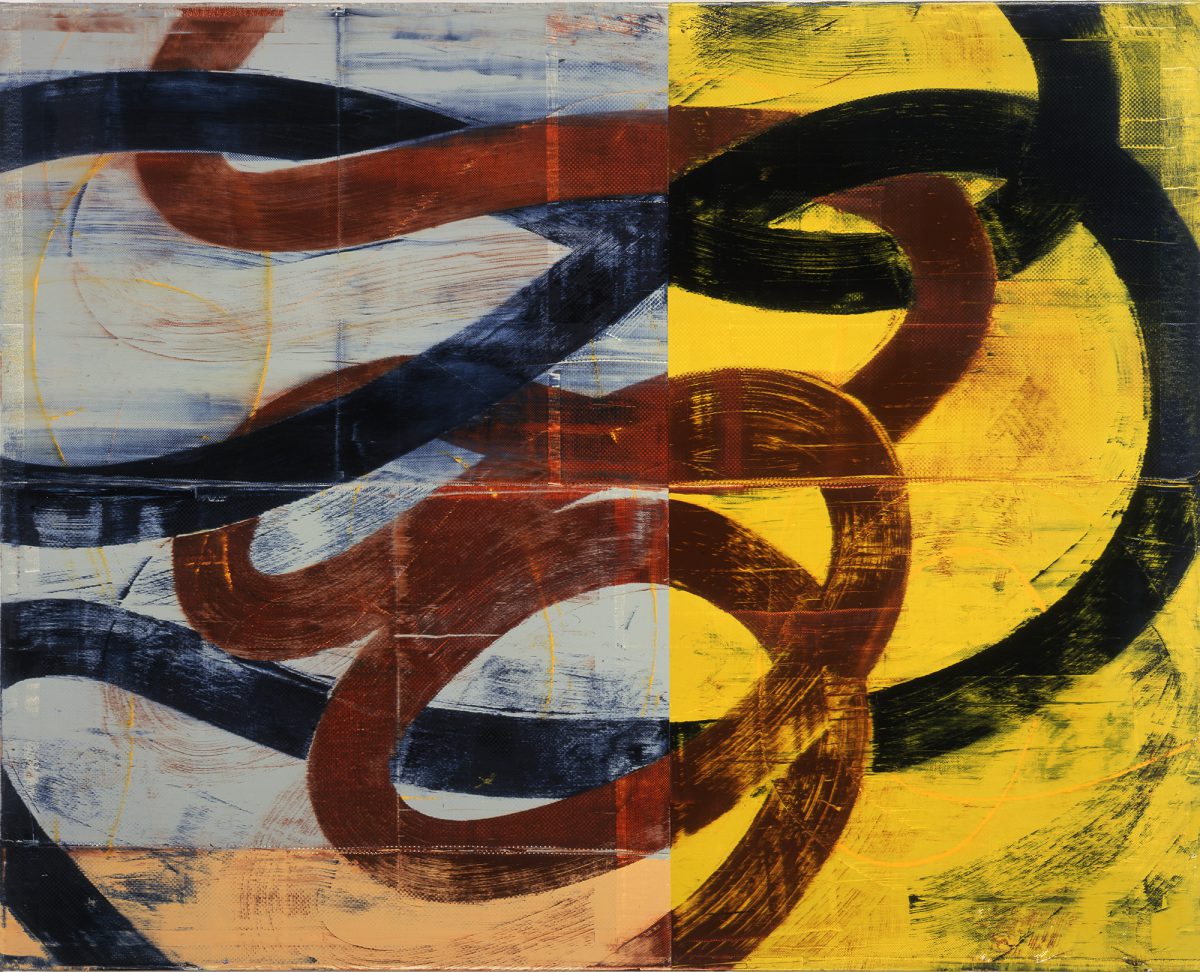 David Row is one of a continuum of contemporary artists whose visual vocabulary deals insistently with the themes of geometry and fields of color.

An exhibition of the New York-based artist’s newest monotypes, paintings and works on paper at the Jan Weiner Gallery demonstrates that Row, like many contemporary abstract painters, has command of formal and emotional issues, which he combines with lavish attention to surface and materials.

Like other current abstractionists, Row borrows freely and openly from earlier forms of nonobjective painting.

Row is best known for his elliptical, colored loops that either rise serpent-like from the bottom of the painting or enter from the left, as a kind of dense calligraphy. His surfaces are very active, with a physicality that recalls Jackson Pollack’s famous drip paintings, while there are also references to Al Held’s rigid visual geometry and Brice Marden’s more vulnerable patterns of connected lines.

Dan Christensen’s paintings of spray-painted loops from the 1960s are also predecessors, although Row eschews a color-field background in favor of worked-over surfaces that also incorporate subtle forms of patterning.

Row has simplified his work in the’ last few years. He still works with multiple panels, but they are joined in a unified rectangular field as compared with the irregularly shaped canvases he utilized until recently. In one untitled small work on paper he paints a painting within a painting, but this is now done within a standard shape.

In Row’s earlier works it was virtually impossible to find a center relative to the viewer, and within these fractured forms was a constant state of tension. The artist seems more comfortable now, allowing the viewer to relax and absorb the implied emotional content of these more classically contained paintings. Certainly, Row’s boa-constrictor-like tangles conjure tip all sorts of feelings.