back
Where Landscape Go Beyond a View of the Horizon
March 11, 2001
by William Zimmer
The New York Times
download PDF
view original link 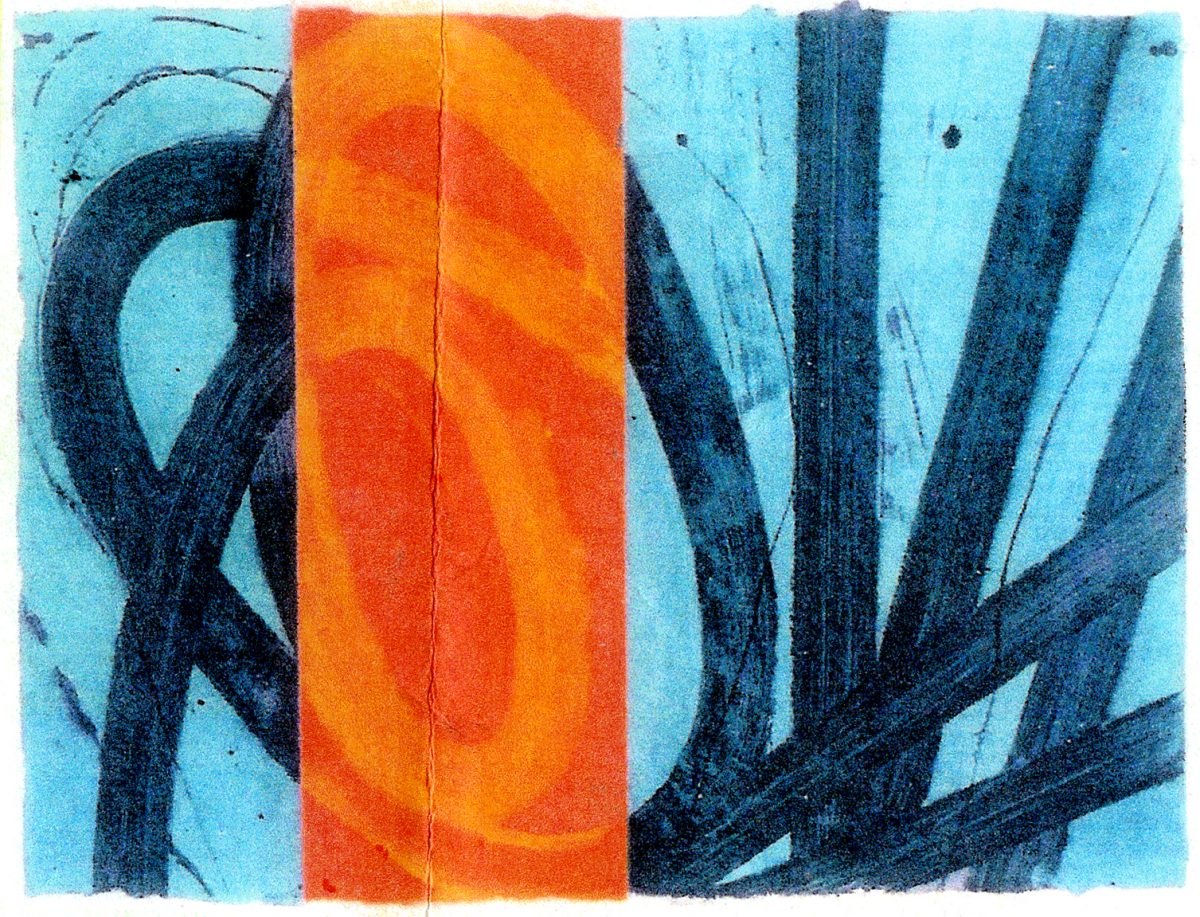 An exhibition at the Lyman Allyn Art Museum in New London proves that landscape is alive and well — and also a personal means of expression. To be sure, most landscape is still about the territory out there, but increasingly it gets filtered through an artist’s own sensibilities.

”Beyond the Mountains: The Contemporary American Landscape” is a diverse collection of paintings and a couple of works on paper. The curator is Michael Klein of the Asheville Art Museum in North Carolina. For his survey Mr. Klein chose many familiar names, though some of them are not usually associated with landscape.

Alex Katz, for example, is known for his incisive portraits in a style that is simplified yet elegant. He seems to not have missed a beat in his turn to landscape in the 1990’s. ”Palm Beach” is just a pair of palm trees whose fronds are rustled by the wind. Wayne Thiebaud made his reputation as a Pop artist who painted delectable images such as rows of cake slices. One of his characteristics was outlining each object with a bright color. That sensibility remains: in ”River Bank,” in which the bank is a thick rainbow.

The mention of Joan Snyder’s name brings to mind abstract paintings characterized by intense and sensuous color, and often containing fragments of autobiographical material. ”Orchard” keeps the color, an overall rose, but the personal content is somewhat distanced. Most of the content is painted roses and small white rectangles that keep the viewer’s eye moving around the work. Uncommon materials, at least for painting, go into a typical Snyder work and here they are mud and straw. A wooden shelf attached to the bottom edge of the canvas seems to have caught excess matter, like fruit that has gathered on the ground.

Critics often talked about the ropey clouds in Roger Brown’s panoramic paintings done in a semi-cartoon style but often with a political message. Mr. Brown, from Chicago, was associated with the frenetic life of that city. His landscape work here leaves every thing out except concentric, braided forms. ”Winter Storm” is a cloud-streaked sky.

Since landscape has traditionally meant mountains, trees and clouds, the term ”urban landscape” meant a genre apart. In this show when urban content occurs, it’s a seamless blending. The bland, uninviting facade of Jane Dickson’s ”Motel III,” broadcasts that it’s not the country. Her sweeter second painting, ”Home 16 (Xmas Lights),” is painted on a swatch of carpet and is set in the suburbs.

David Kapp plunges in to the heart of the city, New York, and his major subject is whizzing traffic. His gestures perfectly match the speed of the vehicles, especially bright yellow taxis, that he is painting. Rackstraw Downes is known for his meticulous attention to detail and his format is often along, narrow horizontal canvas. Here it serves his subject well — a major bridge in Texas City, Tex. Long and narrow is the operative term for Jason Phillips. His ”Bridge” is the width of a yardstick, and eight inches long. More sardonic than others here, his subject is a car wreck.

The coast-to-coast scope of Mr. Klein’s exhibition is especially clear in at least one comparison. Glen Rubsamen’s ”Sunset and Western,” a panoramic view of downtown Los Angeles that has an unusually lustrous surface, evoking that of a car. Meanwhile back east, Catherine Murphy looks down; her ”Plowed Driveway” is deliberately unlovely with twigs sticking out of the snow. They are the counterpart of Mr. Rubsamen’s ubiquitous palms.

There is room for psychological comparison as well. Ken Aptekar tells stories. He adds written text to his paintings, which have down-to-earth themes: ”I Looked at the Landscape”’ and ”Got a Call from Nick.” In contrast to the voluble and engaging Mr. Aptekar are the two paintings by Gregory Amenoff, ”Light in August XII,” and ”The Starry Floor IV” that, while alluring, are determinedly ineffable.

Also at the museum is ”Under Pressure,” a show of prints from Two Palms Press, which began in California and is now in New York City. These contemporary prints, many by well-known artists, are characterized by an obvious intensity. Viewers can sense the artists’ drive to add a new ingredient to their art, and also to further the art in printmaking in general. This desire for newness might be where the pressure comes in, but in other ways Two Palms is distinguished by a relaxed ambience.

Its founder, David Lasry, originally planned for artists to work with him for two weeks, but that was soon changed to ”as long as it takes to pull the artist’s idea from the press.” Artists like Sol LeWitt and Chuck Close have worked with many innovative printmakers, so their prints here don’t stand out as much as do those by younger artists, especially David Row and Jessica Stockholder.

Mr. Row’s paintings feature rather tight and logical constructions of spiraling lines. In his prints those lines have come unraveled and a kind of heady chaos is the result. Ms. Stockholder is a sculptor known for agglomerations of disparate elements with an emphasis on color and texture. That sensibility is reflected in her prints. The media for ”Turning Paper” include shag carpet and orange peels.

”Beyond the Mountains” continues at the Lyman Allyn Art Museum through March 25, while ”Under Pressure” remains until April 1.